ASEAN was established in 1967 in Bangkok and is the Association of Southeast Asian Nations. Member countries include Indonesia, Malaysia, Philippines, Singapore and Thailand, Brunei, Cambodia, Laos and Vietnam. Its aims include accelerating economic growth, social progress and the development of its members to bring regional stability and protection.

Since the formation of ASEAN, many external countries have been keen to grab the opportunity to take advantage of the association for their own political and commercial purposes and especially to cement their interests in the region. The main four countries vying for control are China, Japan, South Korea and the U.S.A.

China, Korea and Japan are obviously keen to grow their involvement with countries on their borders. It has also become recent American policy that their interest into Asia as a whole is accelerating. Recently two major events took place that amplified the economic interests of Japan and China within ASEAN.

At the recent East Asia summit of November 2015 in Kuala Lumphur, China promised US$1O billion in loans to help infrastructure in Southeast Asia. This mammoth incentive was greeted with mixed reviews as some countries saw that it was a sweetener to deflect attention away from China’s controversial land reclamation program.

There was more money on the table as Vice Foreign Minister Liu Zhenmin pledged an extra US$560 million towards aid for underdeveloped and poorer ASEAN states. This was aimed towards the Philippines and Vietnam as the most tension over the China Sea disputes is with these two countries.

US President Barack Obama is also highly concerned with the slowly declining political situation over the South China sea land reclamations by China and extended an invitation to the 10 ASEAN leaders to visit the US in 2016.

At the same Asia Summit in Kuala Lumpur, Japan made a counter move to that of the Chinese loan pledge. Prime Minister Shinzo Abe announced that Japan will relax its Yen loan scheme for ASEAN countries to boost their infrastructure.

Tokyo’s move seems to be a countermeasure to that of China to monopolise the huge demand for infrastructure development in Asia. Japan felt undermined by China winning the lucrative Indonesian high-speed railway project earlier in 2015.

The counter move will make it easier for Japan to provide development funds to emerging countries by lessening the loan processing time. Abe also reiterates his investment initiative he announced in May to provide US$110 billion to promote quality infrastructure in the next five years. Also, this announcement coincided with the news that Japan will extend Y17 billion in loans to Cambodia for road development from Phnon Penh and Thailand.

Japan also pledged assistance to train 40,000 people in Asia, including ASEAN and India over the next three years in tandem set up a fund known as Japan ASEAN Women Empowerment Fund to female entrepreneurship in Asia.

This counter move by Japan compounds the battle that wealthy Asian and Western countries intend to wage against each other for cementing their foothold and control with the ASEAN countries.

There has been much work within the ASEAN group of countries to enhance development and growth within the alliance. There were destructions of many barriers and red tape to allow free trade and commerce to develop including visa restrictions. This allows fellow members to work in other countries, as long as it is in eight designated sectors.

However, it will take a lot of work to develop other areas especially those that are politically sensitive. Such areas are; auto production and agriculture.

One of the biggest hurdles for development between ASEAN countries is corruption. And there is a big gap between the richer ASEAN countries and the less developed members. Indonesia, Singapore, Malaysia, Thailand, Philippines and Brunei are far more wealthy than Vietnam, Cambodia, myanmar and Laos.

There is a perception that this friction between the two different groups is purely on wealth. Furthermore, there is also a misinterpretation that this is an exploitation by the less wealthy countries. The battle to include ASEAN countries in economic policies of external nations will increase as more and more nations see the value and potential of the region. 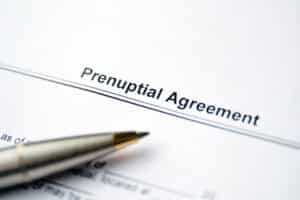 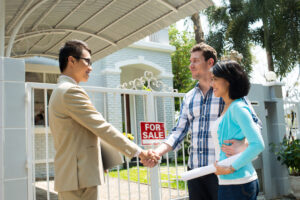 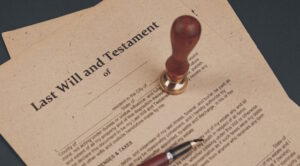 Last Will and Testament Myths and Misconceptions