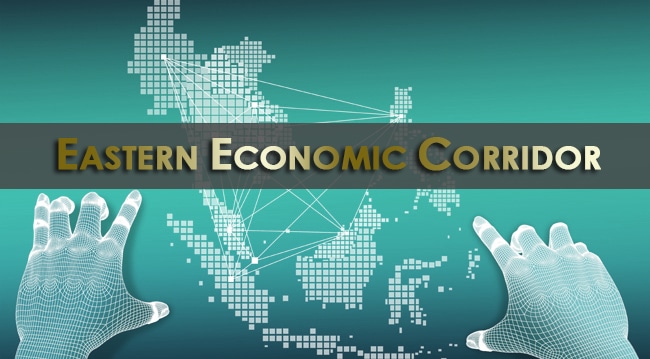 Thai economy has boomed during the first years of Thailand 3.0 platform. But in recent years, it has grown by only 3% to 4%. Thailand has been stuck in the middle-income trap for more than 20 years. Since the world is getting more competitive, Thailand has seen the necessity to launch Thailand 4.0 to boost its economy to become an innovation driven and a high-income country.

What is the Eastern Economic Corridor (EEC)?

The Eastern Economic Corridor (EEC) is the initial project under the Thailand 4.0 scheme for the economic development of Thailand’s Eastern Seaboard. This project will drive the country’s investment in boosting innovation as well as acquisition and development of new and advance technology. This will mark as a momentous growth and transformation of Thailand’s economy. With good infrastructure and investment platform, the EEC can become the center for trade and investment thus making Thailand an attractive investment destination.

Initially, the EEC project will cover 3 eastern provinces namely Chonburi, Rayong and Chachoengsao covering a total area of 13,000 square kilometers. This area is being designated and promoted because of their capacity to increase investment possibilities and facilitate development of economic activities because of its strong recognition of the Thailand’s targeted industries and support of the Thailand 4.0 initiative. The Eastern Seaboard has proven success in Automobile, Electronic and Petrochemical industries, and has established strong connection to neighboring countries. It is EEC’s focus to improve this existing connectivity while promoting innovation.

What are the benefits of the Eastern Economic Corridor (EEC) to investors?

The EEC intends to welcome foreign companies to invest in the Special Economic Zone with attractive incentives, as well as an assurance of infrastructure readiness and ease of doing business in Thailand.

The government is confident that the Easter Economic Corridor will mark its completion by year 2021. By then, the 3 Eastern provinces will turn out to be the center for technological manufacturing and services with strong land, sea and air connectivity to its ASEAN neighbors.